“For some children lockdown has been an opportunity to flourish. All that quality unstructured time spent with parents and siblings has been precious, if at times challenging. But in the case of too many other children it’s been a very different story.

With no grandparents, nannies or nurseries to keep their children entertained and stimulated, working from home parents have had little choice but resorting to iPad or TV screen as digital childminder for up to eight hours a day. Cooped up and without the interaction they’d normally get at nursery, primary school or toddler group, under-fives have just not been engaging or speaking enough – and in some cases this has left them unable to string a sentence together.

Shermeena Rabbi, Consultant Speech & Language Therapist says: “Usually children’s vocabulary develops naturally from playing with other children. They learn from interactions at soft play, nursery and toddler classes. Not having these opportunities has left many nursery-aged children with delayed verbal skills”. Citing the parents of a two year old who was barely speaking or engaging with them, “unfortunately their reliance on technology as a pacifier has had negative effects”.” 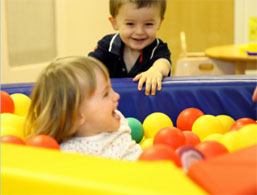 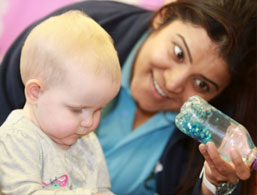